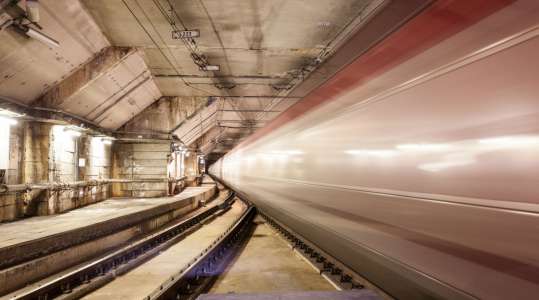 The two operators provide high-speed services linking Britain, France, Belgium, the Netherlands and Germany and run 112 trains per day carrying more than 18.5 million passengers per year. They had a combined turnover of €1.67bn in 2018.

The merger would reduce operating costs by combining the two operators’ information and distribution systems, and management of the train fleets, although Thalys trains are not permitted to use the Channel Tunnel as they do not meet its onerous safety and operating standards.

“The challenge of climate change and the demand for eco-responsible travel calls for an ambitious response,” says Mr Guillaume Pepy, president and CEO of SNCF. “Bringing together the strengths of Eurostar and Thalys would be a powerful response to this challenge. The creation of a combined European high-speed rail company would deliver a compelling alternative to road and air travel for our 18.5 million passengers and would herald a new era in the development of European high-speed rail services.”

“Thalys and Eurostar joining forces would come at the right time and could only be beneficial to all travellers,” says Ms Sophie Dutordoir, CEO of SNCB and chair of Thalys. “It would combine railway expertise with stable shareholders. Brussels would play a central role in this project as the hub for the various routes, linking all the cities that are served”.

The Green Speed plan will now be put to the boards of the three owners of Eurostar and Thalys to seek their approval.

We zijn opnieuw welkom in Zuid-Afrika!