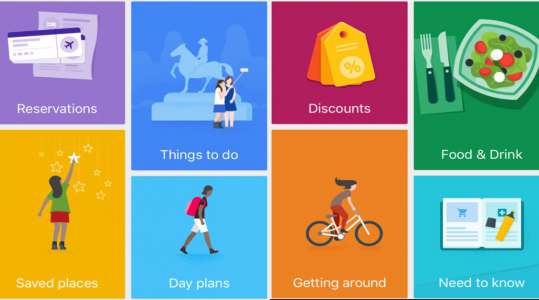 Google Trips app users need to mark this date: Aug. 5. That’s when the app will officially shut down.

The app debuted in September 2016 and became a handy tool for frequent business travelers. It would help them organize all their airplane, hotel, car rental, and other reservations in one place, information which would normally be spread out around a traveler’s Gmail inbox.

It also leveraged Google Maps by providing information on nearby attractions, restaurants and other places to explore. Users could even use the app offline by downloading their information to their phones.

But Google got into a crowded market as there are many trip organization apps available such as TripIt, TripCase and Roadtrippers.

Google Trips had some success in its short life, with more than 5 million downloads on the Play store and a 4.1 rating, according to the Ars Technica website, which covers the technology industry.

Until Aug. 5, Google Trips app users can still access and email all of their trip reservations and notes as normal. But Aug. 5 is when support for the app will end.

It’s not all that surprising that Google would shut down Google Trips, especially considering the fact that the company recently launched another travel service at google.com/travel.

Features that are currently available on the Google Trips app will migrate to Google Search and Google Maps according to Google, thus rendering the standalone app redundant. Users can still download the app until August 5, but after that date, users will see a message upon opening it that "We've said goodbye to Google Trips."

You can now catch an overnight train from Brussels! From January 2020, you'll be able to travel directly from ...
lees meer

UBI, the world at your fingertips