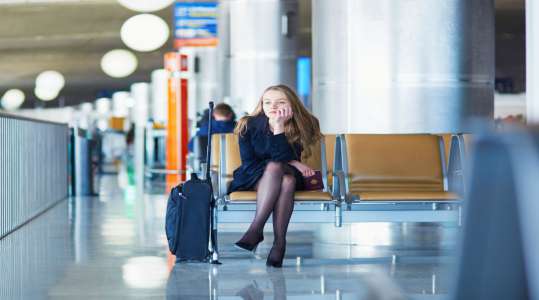 Structural issues at Europe’s air traffic control (ATC) centres continue to cause delays for passengers this year. ATC capacity and staff shortages were responsible for more than 70% of all en-route flight delays between January and June 2019, resulting in 114% more delay minutes than in 2017. This has already impacted the travel plans of around 25 million passengers this year. European travellers were subjected to an unprecedented 19 million minutes of ATC delays in 2018 (+104% v 2017). As a consequence, action was taken to avoid known ATC bottlenecks in Germany and in France. Unfortunately, this has resulted in longer flight times, additional fuel burn and unnecessary CO2 emissions.

A recent EU environmental report1 found that network flight inefficiencies in 2017 caused a 5.8% increase in CO2 emissions. Airlines are implementing hundreds of additional measures to mitigate any further increase in delays this summer. This includes specific operational efficiency improvements, such as refuelling during boarding, as well as significant investments in additional staff and dedicated spare aircraft across Europe. Meanwhile, persistent ATC strikes in Europe continue to compound existing structural issues and wreak havoc on airlines and their passengers. Repeated strikes earlier this year by Belgium’s monopoly air traffic control provider, skeyes, led to more than 500 flight cancellations, affecting over 200,000 passengers.

“ATC strikes continue to undermine future investments and improvements to Europe’s air traffic management system. In the meantime, A4E airlines (Airlines for Europe) are investing millions of Euros in stabilizing flight operations to at least partially compensate for delays caused by air traffic control. It’s high time that all affected stakeholders work together to immediately put into place voluntary solutions which would minimize the disruption and cost of these strikes on European airlines and our passengers”, said Christina Foerster, CEO, Brussels Airlines.

“Too little is being done too late by national ATC providers and their governments. The modernisation of Europe’s airspace is both urgent and long overdue. We need a long term solution not only to improve consumers’ journeys but to avoid unnecessary carbon emissions. We could do it tomorrow -- yet, politicians have been discussing this for 18 years and absolutely nothing has happened”, said Willie Walsh, CEO, IAG. A review of the Single European Sky (SES) regulatory framework together with future-proof investments in processes, new technologies and human resources is still urgently needed.

“The European Commission and the Member States must implement the EU’s delayed seamless European airspace by allowing the recommendations from the recent Airspace Architecture Study to be fully realised. This would result in more efficient routings, quicker journeys and lower costs – not to mention a 10% reduction in CO2 emissions”, said Thomas Reynaert, Managing Director, Airlines for Europe (A4E).

You can now catch an overnight train from Brussels! From January 2020, you'll be able to travel directly from ...
lees meer

UBI, the world at your fingertips