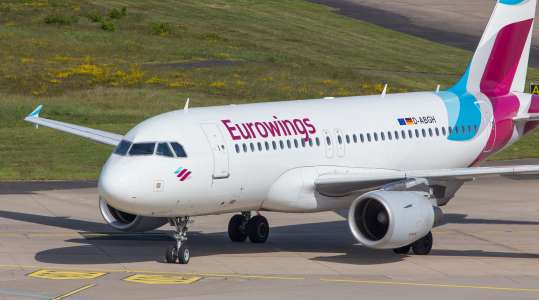 All future short- and medium-haul aircraft of Brussels Airlines will – from now on – get the Eurowings livery, showing as a result that the integration of the Belgian Lufthansa subsidiary into Eurowings is progressing.

A spokeswoman for the Belgian airline confirmed to airliners.de that the integration of Brussels Airlines into the Eurowings group will proceed steadily. This means that when new short and medium-haul aircraft are painted for Brussels Airlines that will be in the colours of Eurowings. The current short- and medium-distance fleet consists of 24 Airbus A319s and 16 A320s. The first aircraft with the Eurowings look is an Airbus A320 and will operate for Brussels Airlines from 15 June. The colours and the name of the A330s from the long-distance fleet will not change for the time being. Nor on the six A320s with iconic Belgian designs.

According to the spokeswoman, the reason for the unification of liveries is to develop Eurowings into a “leading pan-European airline with a strong European brand“.

Lufthansa took over Brussels completely at the end of 2016 and repeatedly announced an integration in Eurowings. However, detailed planning and implementation had to be postponed because the takeover of parts of Air Berlin had priority. In the autumn of 2018, the project was revived and integration was projected for 2020.

In July of last year, a new division of responsibilities between Eurowings and Brussels was defined: While the Belgians are to act as a “competence centre” for the long-haul network, Eurowings assumes control of the short-haul business.