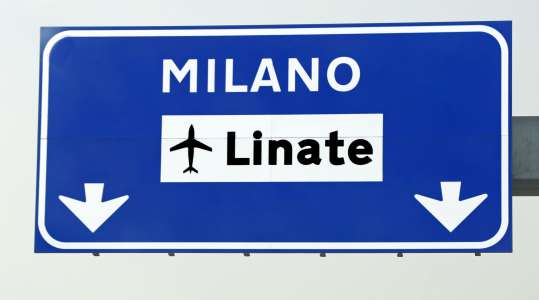 Anyone wanting to travel to Milan this summer will temporarily not find any flights to Linate Airport. The airport is closed for maintenance work for a period of 3 months, from 27 July to 27 October.

Linate Airport, the fourth largest airport in Italy, will close temporarily this summer due to thorough maintenance work on the only runway. At the same time, the terminal is also being tackled, although this project will take a few years, but without further disruption to flight traffic.

Milan has three airports: Malpensa (MXP), Bergamo (BGY) and Linate (LIN). Malpensa is the largest and most well-known, but it is relatively far from the city. Linate is smaller and mainly serves as a regional airport, but it is preferred by many passengers because of its most convenient location, just 10 minutes from Milan. Bergamo or Orio al Serio is the youngest airport, but it is also just over a 1-hour drive from the city.

During the closure, almost 30,000 flights to and from Linate Airport will be diverted to Bergamo and Malpensa, with the necessary crowds as a result. Malpensa will handle 100,000 to 120,000 passengers, instead of the usual 75,000. Count on extra-long queues and the inevitable chaos at the counters and security. Transfer to and from the city will also take a lot more time. The nuisance can therefore be great, but with the necessary preparation and information, Milan remains easily accessible.

Alitalia is the main carrier from Linate Airport, but flights from Air France, British Airways, EasyJet and Lufthansa, among others, will also be diverted.